McLaren 720s is an amazing car even in its stock form. It stands out from the crowd with its stunning looks, amazing performance and well-earned heritage of the revered British manufacturer. There are few manufactures and models that come close to the McLaren 720s, but if you want to make your 720s stand out even from those, we’ve got you covered.

The McLaren 720s in its stock form comes with 720hp (529kW) and 770Nm of torque. The power is produced by an M840T 4 L V8 twin-turbo and sent to the rear wheels via a lightning fast 7-speed dual clutch gearbox. With that kind of power, the weight of just around 1500 kg and loads of other suspension and aerodynamic features that help it break the laws of physics, the 720s is truly an exhilarating machine focused on giving a combination of impeccable handling and control and heaps of power.

The perfection of its ProActive Chassis Control II active suspension system is well documented and something that gives so much character as well as versatility to this vehicle that it would be a shame to alter it.

However, adding more power is a welcome adjustment! 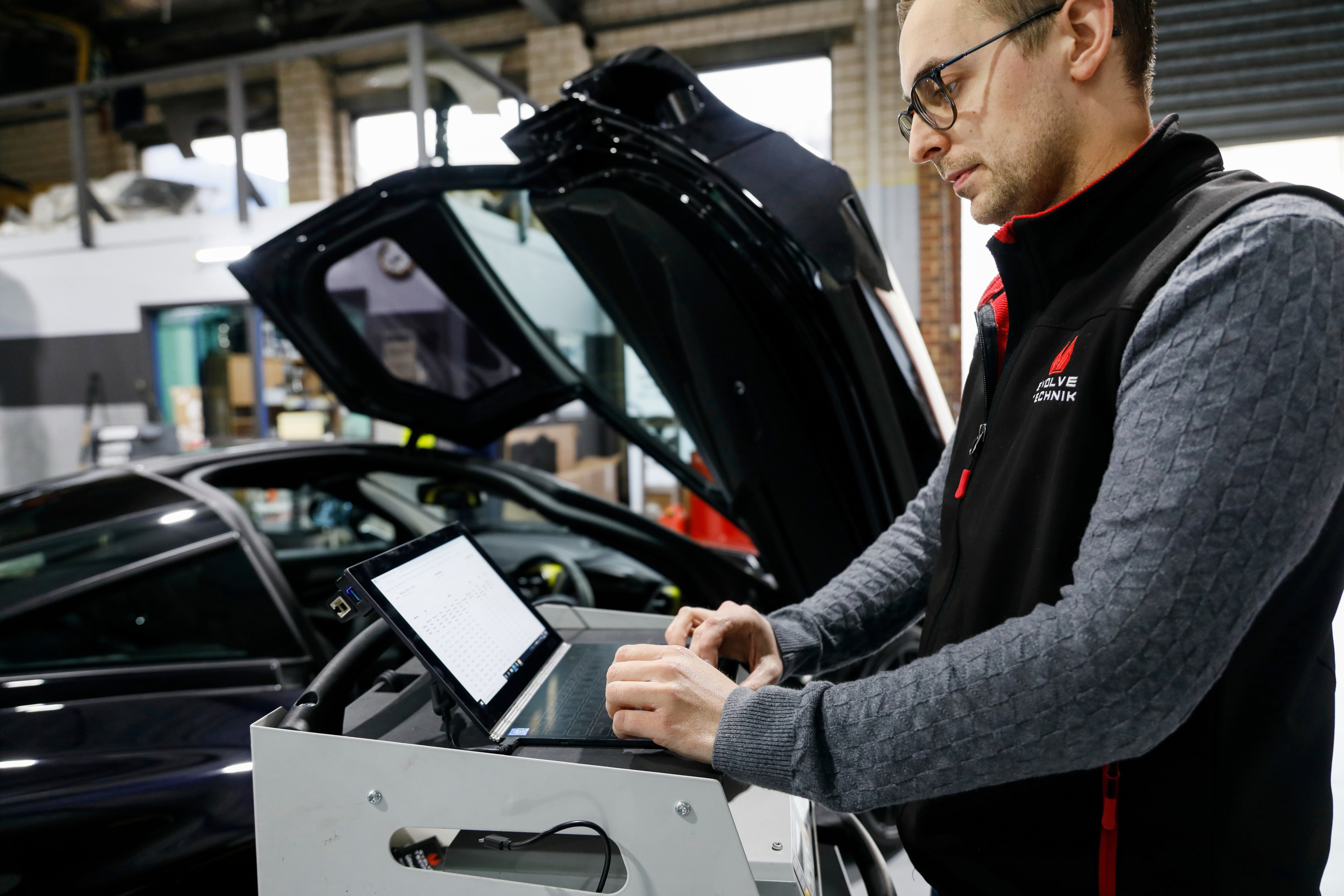 Chiptuning the V8 in the McLaren 720s brings lots of power on its own. Even without any hardware parts, chiptuning delivers around 50 kW (68hp) and 80 Nm extra.

It is very important to note that our ECU software developments for cars driven on public roads do not focus just on a high power rating high up in the rpm range. Instead, we give a noticeable increase in power and torque throughout the rpm range, making the gains more obvious and more usable in all conditions – both in an everyday commute and on the track.

The power buildup is smooth, it feels as natural as the stock car, but with significantly more push in all conditions and every driving mode. Moreover, throttle response, as amazing as it is on the stock car, is further improved for an amazing wave of adrenaline rush that is unleashed the moment you press the throttle pedal hard.

Very importantly, our tunes for road cars are developed with durability and reliability in mind. With decades of experience and constant education, we are confident our tunes are well within the safety margins of all hardware parts, stock or aftermarket.

We do not use any generic tunes. Instead, we develop each tune based on the stock readout of the ECU software and we tailor it to suit the hardware parts installed. If you have stock parts, our chiptuning will be within their safety margins; if you install aftermarket parts, we will be able to go a bit further in those segments that those particular parts improve, adding more power and torque without going past any safety borders.

As amazing as the stock system is, there is room for improvement. The choice of this particular customer was the American company Capristo and he had it fitted before he visited us. This vehicle has a full Capristo exhaust system that the American company developed specifically for this model.

It is important to note that for most supercars we usually recommend Kline Innovation as they offer systems made of Inconel, which is the best option on offer and the material used in Formula 1 applications.

The system is valved which brings the best of both worlds – a tamed, yet healthy gurgle in everyday driving conditions and a beastly roar when you want to unleash it. There are three modes to choose from – Cruise, Sport and Open – and the former two can be programmed individually so that you can control when the valves will open.

However, the sonic qualities, advanced engineering and cool looks of the tips are not the only advantages of an aftermarket exhaust for McLaren 720s.

For road cars, we also recommend systems which utilize sports catalysts as they allow high-flow operation and maximized performance while maintaining eco-friendly nature. 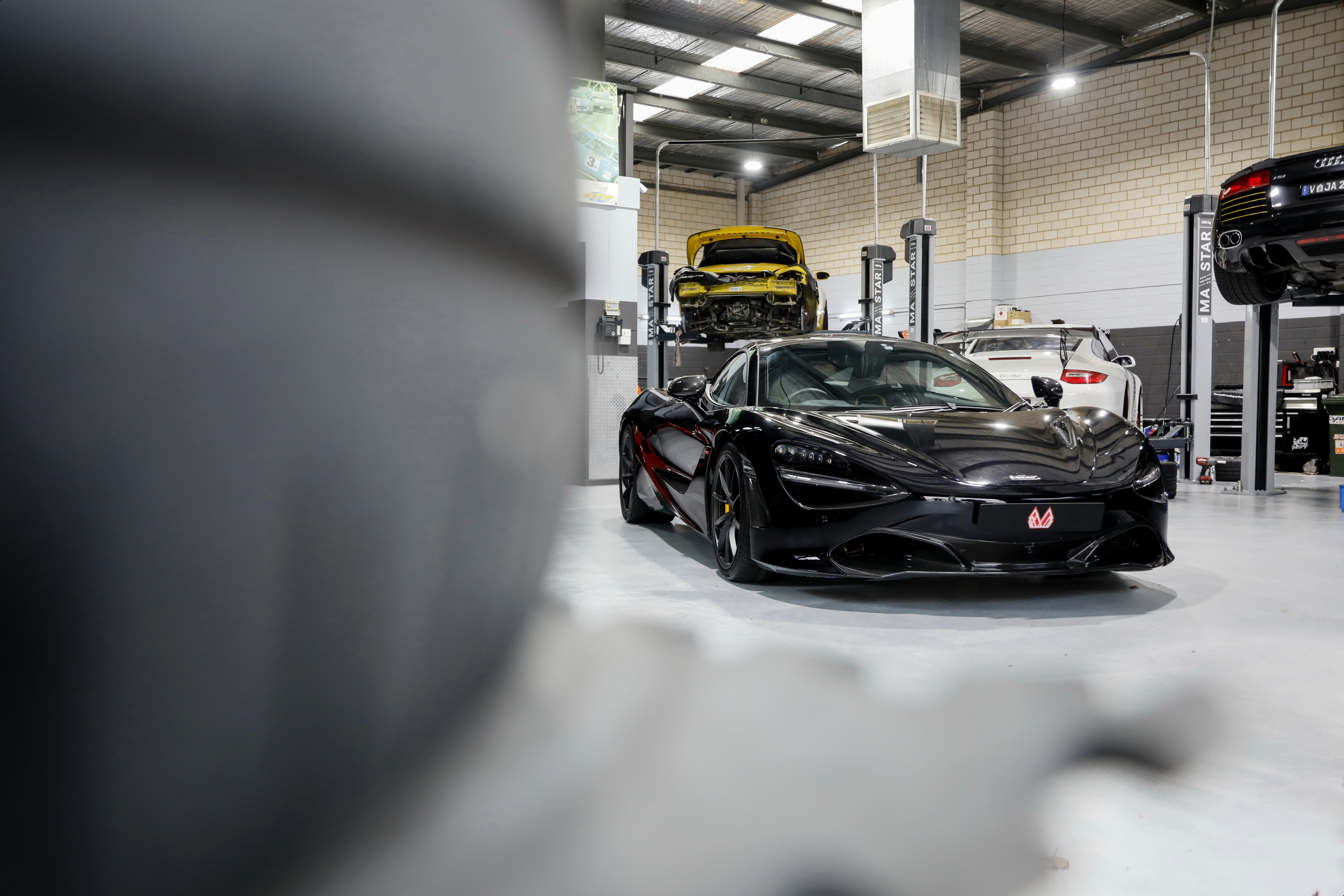 In this particular example, the valved full exhaust with high-flow cats for the McLaren 720s combined with the Evolve Technik chiptuning brought 840hp (618kW) and 890Nm (620 lb-ft) of torque. This puts the Evolve Stage 2 McLaren 720s a whole tier above the stock 720s, into a new performance territory which really sets this vehicle apart from any stock counterpart.

The amazing handling setup of the stock car remains intact and the power delivery is more immediate, more confident and much harder. As explained above, despite the amazing power gains, the car is completely safe. This is further backed by our optional Evolve Plus warranty which we are able to offer thanks to the quality of our tunes, the hardware parts used and impeccable installation for the perfect fit and operation.

If the above example of a thrilled customer got you interested, but you are not a lucky owner of a McLaren 720s, we’ve also got you covered. We tune a large number of European models with new possibilities for the latest models and ECUs opening on a daily basis. Feel free to browse our tuning database or contact us if you don’t see what you need.