Vehicles with the BMW S55 engine have been developing a very serious fault at an alarmingly increasing rate. A spin in the OEM crank hub messes up the timing of the engine and can lead to serious issues including valves hitting the pistons and resulting in a completely destroyed engine. In a less severe case you may be lucky enough that the off timing does not lead to a clash between valves and pistons but instead throws a drivetrain malfunction CEL error on the dash along with the following codes:

If the latter happens, you can simply re-time it and it should be enough to have it running perfectly again. However, if the crank hub sprocket spins once, it is very likely that it will spin again, most commonly on hard downshifts. The only proper solution is replacing the under-engineered OEM components.

In this article, we will give you all the information you need to keep your F8x M3, M4 and M2 Competition’s S55 engine reliable and safe even with significant power increases.

Which Vehicles Are Affected

The S55 is generally an amazing piece of engineering, giving loads of power in  various applications, so it is no surprise it is used in some of the most  revered BMW performance vehicles.

Its solid internals and high-performance parts also make it a great base for tuning. Even stage 1 software tuning increases the power significantly, let alone additional changes in hardware components.

The S55 is used in the following vehicles and their respective variants:

While all of the mentioned vehicles are affected in their stock form, the crank hub is even more vulnerable on modified or heavily tracked vehicles. The reasons for this are that when an engine is modified to produce more power, the crank hub has to endure more torque and it is more susceptible to failure. This increases even more for both stock and modified vehicles when they are often tracked, since hard downshifts are more common in these conditions and this is when most crank hub failures occur.

So far we have not experienced any major issues with the cars we have modified to date, we always try to focus on safety and reliability as much as performance. The crank hub issue on the S55 is getting increasingly common and we feel the small preventive cost outweighs the potential cost of rebuilding the engine.

Why the OEM Crank Hub Fails

While S55 is based on N55, it is designed to produce and sustain immense  amounts of power due to some mechanical changes, including closed-deck engine  block, lightweight crankshaft, strengthened pistons, upgraded valve material,  twin turbos, twin fuel pumps, active exhaust and revised intercoolers and even  water injection system in the top power form.

It is obviously intended for extreme use and its tuning potential makes it even more hardcore.

This is why it is surprising that BMW opted for this kind of a design for the crank hub. It is the part that connects the crankshaft and the timing gear and any slippage leads to an issue with timing that can result in anything from bad operation to engine failure.

When the crank hub is put under extreme stress (as already explained, most notably during hard downshifts) the sprocket on the crank hub that holds the chain can slip and lead to a change in timing that in turn often destroys the engine.

Once again, even if you are lucky enough that the first slippage does not result in a blown engine, if you’ve experienced it once, that is a clear sign your crank hub cannot sustain what is being thrown at it and you can expect the slippage to happen again. It would be foolish to think your engine will survive this every time.

How to Prevent the S55 Crank Hub Problem

Obviously, the only way to prevent the crank hub problem on the S55 is to use the parts that reduce the possibility of slippage. Having in mind how common these issues are becoming, it is not a surprise that there are several aftermarket solutions.

Some of them require holes to be drilled into the crankshaft. While those solutions have proven effective in terms of preventing slippage, we feel that drilling holes into the crankshaft is best avoided as it is a modification of a crucial component of the motor with a small margin for error.

This is why we recommend a combination of Vargas Spline Lock Crank Hub and Crank Bolt Capture which gives complete peace of mind even on cars with massive power increases. It requires no drilling into the crankshaft and our experience so far has shown that the hub is securely locked with the crankshaft.

While just the Spline Lock Crank Hub replaces the OEM part that causes problems on stock engines, the Crank Bolt Capture adds an additional peace of mind. Let us examine both parts:

The Spline Lock Crank Hub designed by VTT makes use of a solution that includes high-tolerance machined splines “which press into the crank, and positively lock the hub to the crank”, similar to the way a spline extractor functions. This solution has been bench- and real world-tested by the manufacturer on a BMW with more than 670 kW of power and it proved completely safe. 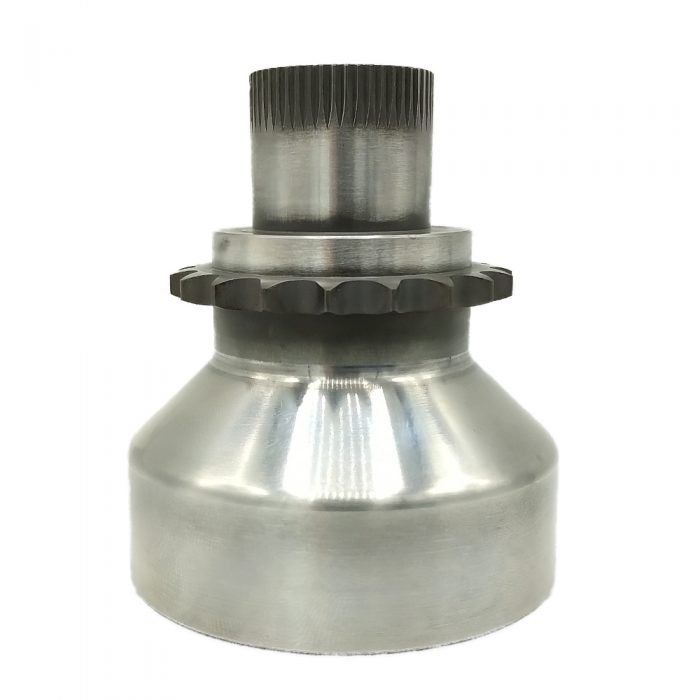 A great advantage of this system is that it requires no drilling into the crankshaft. Aside from being safer and easier to install, this also means that it can be uninstalled at any point leaving no holes or other damage to the crankshaft.

The other part of this heavy-duty duo is Crank Bolt Capture. It fits over the head of the crank bolt and locks it to the crank hub. Weighing in at under 40 grams, it adds next to no weight to the crankshaft, which is very important for safe, efficient and smooth operation. 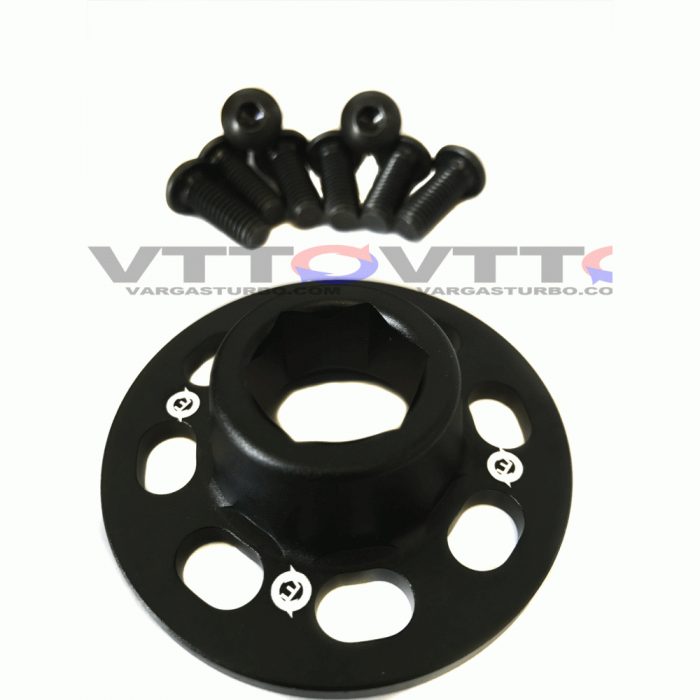 These two parts should be installed together and they represent the best overall solution for all the S55 engine failures related to this crank hub failure.

While everyone with this engine would benefit from this upgrade, it is particularly recommended for vehicles which are tuned to stage 2 or above, or even stock vehicles that are tracked regularly.

Evolve Technik offers both of the aforementioned solutions via our national network of dealers who can also offer installation services. Contact us for enquiries about this upgrade, installation and our extensive portfolio of tuning solutions.